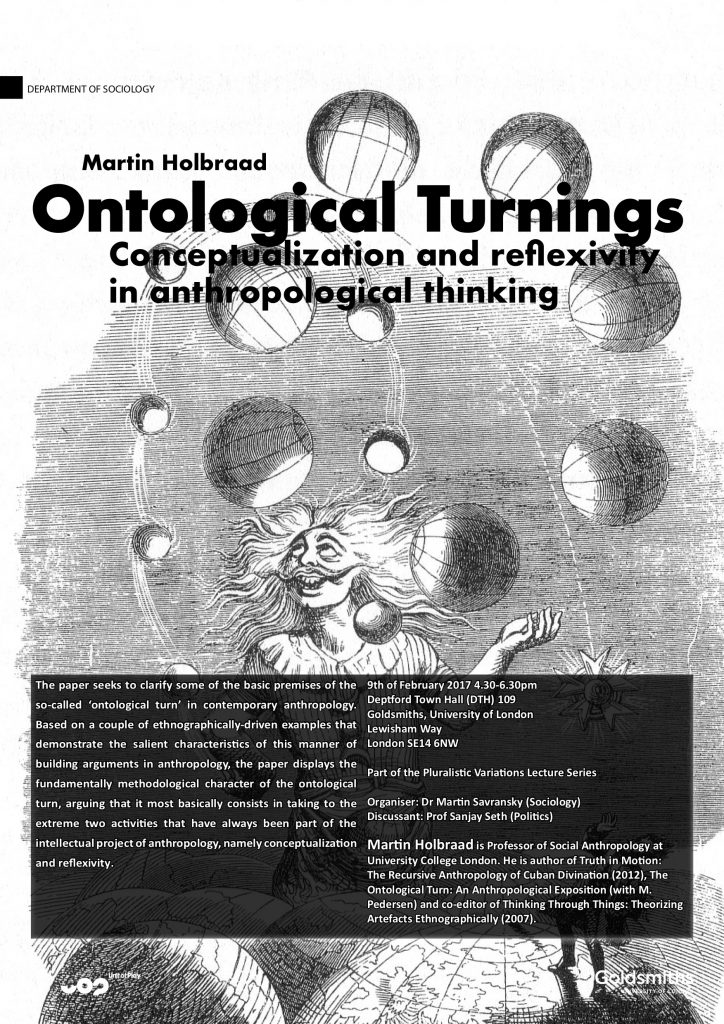 The paper seeks to clarify some of the basic premises of the so-called ‘ontological turn’ in contemporary anthropology. Based on a couple of ethnographically-driven examples that demonstrate the salient characteristics of this manner of building arguments in anthropology, the paper displays the fundamentally methodological character of the ontological turn, arguing that it most basically consists in taking to the extreme two activities that have always been part of the intellectual project of anthropology, namely conceptualization and reflexivity.

Martin Holbraad is Professor of Social Anthropology at University College London. He is author of Truth in Motion: The Recursive Anthropology of Cuban Divination (2012), The Ontological Turn: An Anthropological Exposition (with M. Pedersen) and co-editor of Thinking Through Things: Theorizing Artefacts Ethnographically (2007).