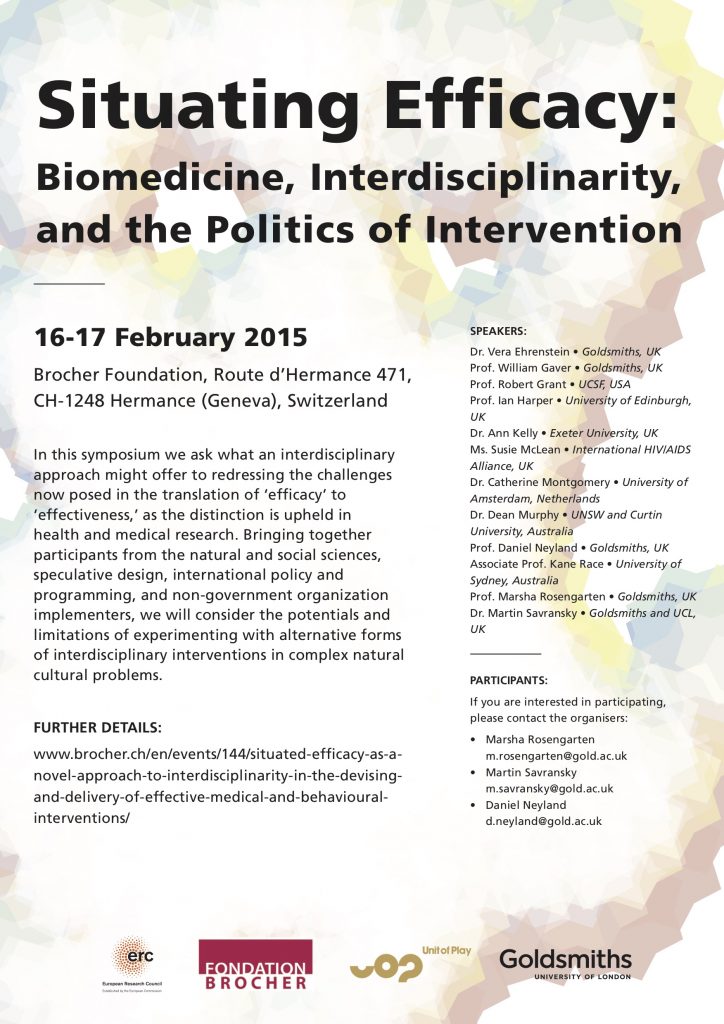 Although the randomized control trial (RCT) is considered the gold standard for evidence-based research in medicine, its findings of biomedical ‘efficacy’ under isolated test conditions stand apart from what affects the successful implementation and take up of the intervention, that is, ‘effectiveness’ in real world conditions.

In this symposium we consider the challenges that emerge through this distinction and what an interdisciplinary approach might offer to redressing the challenges now posed in the translation of ‘efficacy’ to ‘effectiveness’. By discussing conceptual issues as well as recent findings of RCTs for HIV, Malaria and Tuberculosis biomedical prevention, the broad aim of the symposium is to facilitate an interdisciplinary exchange on the implications of efficacy testing by RCTs for ‘real world’ implementation, and to provide a forum in which to ‘test’ a concept of ‘situated efficacy and its potential as a basis for novel modes of interdisciplinary collaboration.

At the centre of the development of a concept of ‘situated efficacy’ is an attempt to rethink the effects of biomedical interventions such that any clear-cut distinction between the controlled environment of the RCT (which the testing of conventional ‘efficacy’ requires) and the ‘real world‘ (which concerns the question of ‘effectiveness’) is not presupposed but rather problematised. Bringing together participants from the natural and social sciences, speculative design, international policy and programming, non-government organization implementers, will discuss and attempt to think collectively the potentials and limitations of experimenting with alternative forms of interdisciplinary interventions in complex naturalcultural problems.